By bringing englishmen as scabs and loyal minions

They had guns, they shot at us, we had to be crass

It was no excuse that they came from far away

One was killed but then the others all got scared away

You see, I had this one life, I had to do what's right

You have to do your fair share with or without regret

I was sent to prison and left there to rot

But 1917 the guards prepared to have me shot

And fought for my release until the government agreed

It was no excuse that I had been locked away

I learned how to fly aeroplanes 'cause that was needed for

As i crossed the sea to join the Russian Civil War

I flew for the Red Army that had no planes themselves

When the war was won I was a spy without delay

But then I realized the revolution was betrayed

It was no excuse that I came from far away

I left the Soviet Union and went back to my homeland

Soon I will be dead but I don't contemplate my doom

No, I sneak past the nurses now that guard this old mans room

It is no excuse that my strength has gone away

They see I had this one life

You see I had this one life... 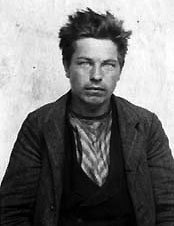 The police mugshot of Anton Nilson after his assault on the strikebreaker ship Amalthea in 1908. 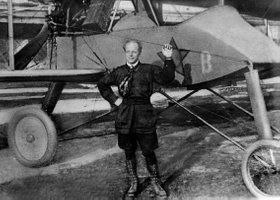 Anton Nilson as a Red Army pilot during the Russian Civil War. 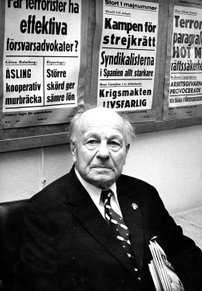